From local kindergartens to colleges, implementing a school cooling air circulation or destratification system in high-ceiling areas can drastically reduce cooling and heating bills, and only Airius provides an encased fan unit with the features necessary for safe use around children.

Lecture theatres, classrooms, training rooms and other related education infrastructure can enjoy significantly improved thermal comfort from an Air Pear system engineered air movement. Either free hanging or ceiling mounted using our unique ceiling mounting kit, the Air Pear fans will reduce the loads on the cooling and heating systems improving comfort and reducing energy use. If there is no cooling system, the non turbulent controllable air flow will significantly improve summer comfort via evaporative cooling, with no exposed rotating blades to distract students.

In addition, the use of the PHI air purification units with our Airius Air Pear fans will purify the air and has been shown to reduce absenteeism and spread of infections in applications such as schools quite significantly. 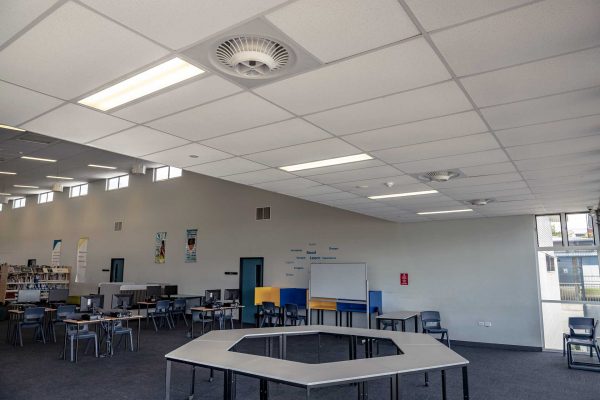 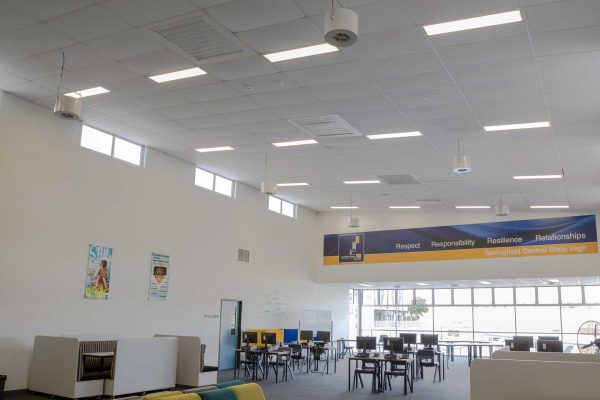 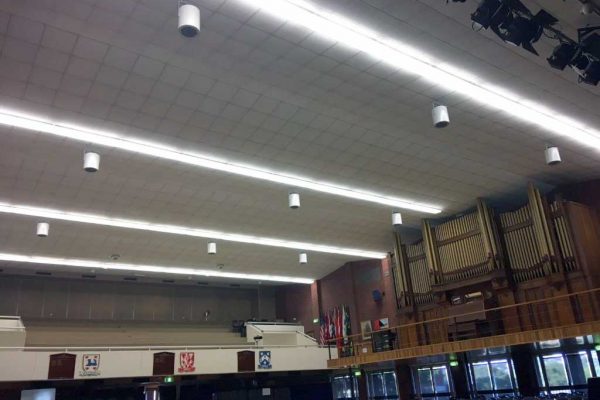 Our specialist school cooling and heating sales team is ready to help you understand the movement of air in your building and recommend a selection of fans that suit your specific needs. Not only will an Airius fan make your building more comfortable for your students and teachers by moving large amounts of air in summer offering evaporative cooling, or equalizing the temperature in A/C systems, it can significantly reduce HVAC bills by reducing the cooling load during the summer and recirculating warm air to the floor during winter.

One of the most common issues in schools is the rapid spread of viruses and bacteria via air and touch. In younger people whose immune sytems are not fully developed this tends to have a strong negative impact the health of the children and staff. Absenteeism is common and children coming home with another ‘bug’ and spreading that to their families is an all too regular occurrence.

Odours including sewerage type smells etc. that occur during early toilet training days are also another issue in Kindergartens and removing the odour and the risk of infection in transmission is surely a target every kindergarten is keen to achieve.

With the addition of a PHI unit in key areas of your school, like the nurse’s office or locker rooms, toilets or change rooms, Airius units also kill germs, preventing the spread of illness and increasing attendance. 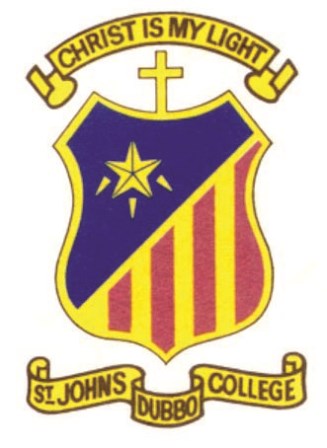 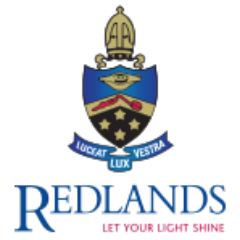 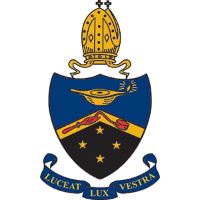 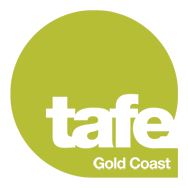 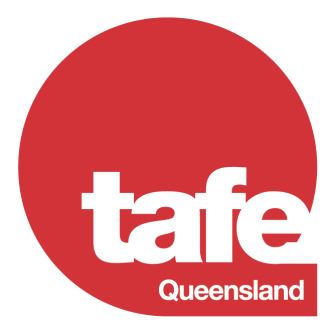 “The Air Pear thermal equalisers are a great asset to the school.

The main benefits for the client include improved air circulation, a balance of temperature throughout the building, low running costs, silent operation and easy installation‚ all at a highly affordable price. Whilst the gas heaters installed warms the hall effectively within 15 minutes, to maintain this temperature for long periods of time would be cost prohibitive to the school.

“Saint Stephen’s College is a co-educational, Preparatory to Year 12 independent school at the Gold Coast in Queensland. We have a large multipurpose sports centre housing 2 basketball courts. The floor area of the hall is around 1300 square metres and the roof is approximately 9 -10 metres high. This space is used for Physical Education, basketball games, exams and school assemblies.

On hot days, the auditorium air was still, lacked air flow throughout the space and created issues for all those participating in physical education classes and sporting activities in the building.

We considered using large fans to solve this problem. However, we decided to use Airius Air Pear Model 60 PS4 units for their perceived effectiveness, appearance and competitive pricing. 12 of the Air Pears were installed, equally spaced around the hall with two speed controllers.

The units were suspended off the roof structure and were easy and quick to install.

The Airius Air Pears fans have proved to be effective and do not dominate the space but fit easily into the hall; they are almost not noticeable whilst moving the air around the hall, creating air flow on hot, still days making the hall more comfortable to teach and learn in.”

“I thought I would email you to give you some feedback on the Airius Air Pear fans we installed in our Centenary Sports Hall in December 2014. We installed 8 x Model 60-PS4 Airius Air Pear fans to the ceiling of our Centenary Sports Hall. The hall has a problem with very little cross ventilation available due to it being built underground and has a synthetic basketball court as its roof so the sports hall heats up in the summer months.

The installation of the fans was straight forward and our contracted electrician took two days to fully install the air pear system with two controllers. The air pear system has been in operation for six months now. We are more than happy with the results. The space is a lot more usable in the hotter summer months. We have received great feedback from both the school PE department and also external hirers. High intensity sport is played in the gym now with a lot more comfort.

We have the ability to set the fans on five settings ranging from 20%, 40%, 60%, 80% or 100% capacity. It is rare we turn the fans to 100% even though they are 8.5 meters off the playing surface. To put it into context the gymnastic training group can only have the fans on a setting of 3 out of 5 (60%) because it affects the throwing of the ribbon in the air.

The fans are quiet and move the air around the hall with ease. We have found in the last month we can use the fans to circulate the warmer air at the ceiling height of the hall to the playing surface level to cut down on the need for winter heating. I have received our power consumption invoices for the gym and the fans have made very little to no difference to the running cost of the gym. We leave the fans on overnight to help cool the room for the next day.

We are extremely happy with the performance and comfort we receive since installing these air pear fans and would happily recommend them to other people needing to circulate air and increase thermal comfort. Thanks again for all your professional service and follow up received.”

“I am delighted to be able to recommend the installation of Airius Air Pear units into a preschool facility. We commissioned our new 80 child preschool in Clendon in December 2013 and had 4 units installed.

It has been a very hot summer but the Air Pear units have cooled the preschool down by circulating and cleaning the air - they are almost as good as an air conditioning unit! We are yet to enter the winter months but we expect that we will have less sickness due to the Air Pears killing bugs and also a more even heat as they circulate warm air around.

We are renovating an older preschool and will be installing the Air Pears in the centre too as it has a high ceiling where the heat rises to in the winter and we want the heat at the children's level.”